Faith in the Furnace
David speaks on how Daniel's friends would not bow and worship the idol set up in Babylon and how this put their lives at risk.
King's Church Leicester · Faith In The Furnace 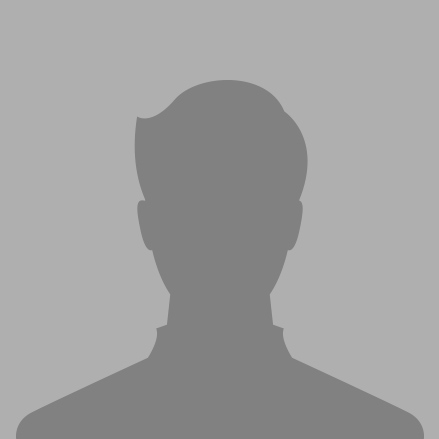 Faith in a Foreign Land
Matt speaks on the challenges Daniel faced as a foreigner and exile in Babylon and how it relates to our situation today as followers of Jesus.
King's Church Leicester · Faith In A Foriegn Land - Daniel

Shepherd's Delight
Kapil speaks on the shepherds who first heard the good news of the birth of Jesus.
King's Church Leicester · Shepherds

Two Reports
The BBC recently reported a decline in Christianity in the UK, and yet at the same time, we hear stories from our brothers oversees that sound like they are straight out of the book of Acts. Why such a contrast? Matt shares some thoughts on what he believes are some of the obstacles to God moving in our context both in the world and in the church.
King's Church Leicester · Two Reports

Current Series
Faith in a Foreign Land
[ 3 Episodes ] 22 January 2023 - 05 February 2023
Daniel is a young man who had his whole world turned upside down. Like a tornado that tears though your house and destroys everything you own, Daniel experienced the invading armies of Babylon and was uprooted from his home and taken to live and serve, pretty much as a slave, under the tyrant Nebuchadnezzar. It was common practice in the culture to castrate slaves, and whilst the book of Daniel doesn’t confirm this, there is good reason to think he was probably made a eunuch. Daniel finds himself far from home in a land that’s far from God and living a life he never asked for. He was an outsider, with a terrible Boss, no sex life and no family prospects. Many Christians today speak as if God exists to help them live their dream life. Daniel was about as far from living the dream as you can get! And yet this young man is faithful to God amongst all the pressure of the culture, the injustice of his situation and the idolaters around him. He did not give up, he did not get bitter and resentful, he held fast to his faith in God. Today we live in a culture that is far from God. As believers we might feel a bit like Daniel; foreigners and exiles in our land. In fact, if we don’t then there is probably something very wrong. In this series we aim to look and learn from Daniel and how he managed to stay faithful to God in a foreign land. We are going to look at the first 6 chapters of Daniel as these focus on his life and what happened, then we will dip into chapter 7 to finish. Chapters 7-12 are about his dreams and vision so will not get into that here.
Select Series

Free Topics
[ 77 Episodes ]
We regularly have guest speakers at King's and give our preaching team the chance to share what God has been placing on their hearts.
Select Series

Plan A - Capturing God's heart for the church
[ 6 Episodes ]
God's purpose for the church is so much bigger than we may realise. This series aims to unpack that by looking at 5 pictures the Bible gives for the church.
Select Series

Back to Basics
[ 7 Episodes ]
Select Series

Joy on the Inside
[ 8 Episodes ]
Select Series

Mobilise
[ 7 Episodes ]
Our vision for this year is to multiply and mobilise. We have prepared for multiplication through multiplying groups and investing in more leaders. But how do we mobilise? And not just a few individuals who are passionate about evangelism, but as a whole church? This series seeks to answer that question.
Select Series

Hearing From God
[ 3 Episodes ]
We had the privilege of having Wendy Mann and a team from the King's Arms in Bedford spend a weekend with us, where we explored how we can become better at hearing God voice.
Select Series

Multiply
[ 11 Episodes ]
This series explores the book of Acts. It looks to explore how the church was multiplied, starting from a small group of people and expanding to Judea, Samaria and the ends of the earth.
Select Series

Real Jesus
[ 5 Episodes ]
The idea behind this series is that Jesus wasn’t just a good, loving person who taught some morality lessons (sermon on the mount). He was the very presence and power of God on the earth! We want to catch a fresh glimpse of who He was and what He did and realise we are called to follow in His footsteps and do what He did. God wants a church that looks like Jesus! We will pick out passages in the next section of Matthew, Chapters 8-10
Select Series

Childlike
[ 5 Episodes ]
God is calling us to be a church that is full of the presence and power of God. Jesus didn’t die just to get us into heaven, He died to create a community of people who would seek to bring heaven to earth! Where do we start with this? Jesus said that we must change and become like children to enter the Kingdom, whoever takes the lowly position of a child is greatest in the kingdom and the kingdom of heaven belongs to such as these (Matt 18:3-4 & 19:14).
Select Series

Who do you think you are?
[ 8 Episodes ]
Select Series

Who do you say I am
[ 7 Episodes ]
In this series we explore the names of God, in order to get to know him more personally, find out more of his character and allow that to bring about freedom.
Select Series

Finding Freedom
[ 3 Episodes ]
We had the privilege of having Wendy Mann and a team from the King's Arms in Bedford spend a weekend with us, where we explored how we can become better at finding freedom, with the desire to become free so that we can free others.
Select Series

The Sermon on the Mount
[ 13 Episodes ]
Select Series

Matthew
[ 26 Episodes ]
Over a long period we have been working through the book of Matthew. Here we have a put a copy of all the sermons from the various series that make up our walk through Matthew.
Select Series

Redemption
[ 10 Episodes ]
In this series we look at the story of Exodus and discover how their story of redemption is also our story.
Select Series

Church Defined
[ 4 Episodes ]
In this series we look at 5 pictures that are used in the bible to describe the church.
Select Series

The Fruitful Life
[ 5 Episodes ]
In this series we look at Jeremiah 17:5-10 and look at what it means to be make disciples and to be discipled.
Select Series

Upside Down
[ 8 Episodes ]
In this series we are looking at the Beatitudes, Jesus first teaching to the disciples, and how he turns their world upside down.
Select Series

Messiah
[ 7 Episodes ]
Our vision at King's Church is to 'Follow Jesus and Reflect Jesus'. In this series we look to do that by studying Jesus, the Messiah, through the first few chapters of Matthew's gospel.
Select Series

Return Of The King
[ 15 Episodes ]
In this series we look through the books of 1 and 2 Thessalonians, focusing on the the theme of Christ's return. We learn to encourage one another with the words of these books, and live lives expectant and ready for Christ's return.
Select Series

A People Of God's Presence
[ 9 Episodes ]
As God's Church and as God's people, we are carriers of His presence into the world. In this series, Matt unpacks what that means for us and how we should respond.
Select Series

Ezra: Restoration Plan
[ 10 Episodes ]
In this series we look through the book of Ezra, learning how God restores the Israelites after exile, and the lessons we can learn for us today.
Select Series

King's Church is a Catalyst Church, part of Newfrontiers, a member of the Evangelical Alliance.

We are gathering tonight to worship and pray into all we feel God is leading us to this year. Don’t miss it. https://t.co/LtS5LVNWmZ

This morning we are really looking forward to preaching the gospel and baptising two people. “I am not ashamed of t… https://t.co/l0qCV5clui

We are so thrilled to be baptising 2 people this Sunday. Don’t miss it! https://t.co/gkWyCu66if

This Sunday we start our mini 2 part series looking at why King’s Church exists and what kind of people we want to… https://t.co/dTMcIw3AKD

Come and join us at Hansom Hall tomorrow morning, we are going to be praying together at 9:30am and then our servic… https://t.co/Sv4tnTmVxf

Come and join us at Hansom Hall tomorrow morning, we are going to be praying together at 9:30am and then our servic… https://t.co/P984QFVhA6